May is known in some circles as Story-A-Day  month, and folks that take part try to write a short story a day based on the provided prompts. The challenge is flexible and open to setting your own story writing goals with the bigger purpose being to develop the daily habit of writing! Personally, my primary goal this month is to write a first draft of a prompted short story of about 5000 words to submit to a challenge anthology. So, I’ll be picking and choosing prompts throughout that month that whet my creative juices and help spur me along with the main goal. While I won’t share the ultimate story I’m working on, I will share the shorts I write as we go. So, without further ado — here are the first three.

You attend the funeral of an old friend. Afterwards, in the mail you receive a postcard. It’s from the friend, and it reads “I’m not dead. Meet me Tuesday night at 8 at ___________.” And signed by him/her. First make a list of possibilities for how this could be the case. Begin your story with, or after, the arrival of the postcard.

Nonni’s scratchy voice greeted me as I stopped on the doormat and slid my shoes off. Tucking the battered briefcase under the foyer table, and hanging my patched blazer on the rack, I carried my lunchbox into the kitchen. Nonni was shelling peas, a cup of steaming coffee by her elbow. I dropped a kiss on her brow, settling into the chair across from her, and began sorting through the stack of mail.

“And how was today?” she asked. “Any better than yesterday?”

“I suppose,” I took a deep breath and looked at Nonni’s kind eyes. “I only thought about her most of the day instead of all the live-long day. I still can’t believe Jenny’s gone.”

Nonni set the shelled peas aside and wrapped up the empty pods into the old newspaper. She leaned forward and laid a gentle hand on mine before tapping a Winston 100 into her hand and lit it, puffing energetically.

“That stuff’ll kill you, Nonni,” I waved my hand at the writhing smoke and coughed. “Or me,” I added, and then picked up the one piece of mail that wasn’t clearly a bill.

I flipped the card over and felt the blood drain from face. It was from Jenny, postmarked two days ago, in the afternoon, from a local post office. It couldn’t be. Two days earlier I was standing at her graveside, wishing the weather would cooperate and weep so I wouldn’t have to. Instead, it had been obscenely beautiful and glorious with a blazing sun, crystal clear blue sky, not a single cloud, and flowers in full bloom.

“Jenny,” I swallowed. “She says she’s not dead and to meet her tonight at 8 pm at the Gnarled Oak.” Jenny and I met at least once a week at the neighborhood pub to share a companionable pint and catch up on each other’s week. I hadn’t been in for several months, ever since Jenny grew too ill to meet me there anymore.

Nonni inhaled and blew out a reflective puff of smoke, tapping one finger lightly on the chipped table.

“Well, m’boy,” she said, “there’s nothing to do but to get over there and find out what’s going on.” 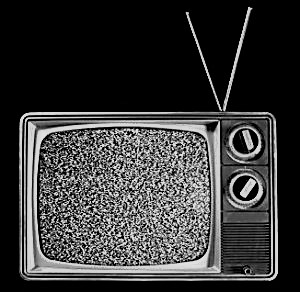 A socially awkward girl in her early teens is a latchkey kid, alone at home after school as usual. Flipping through channels she lands on one she soon realizes only she can see—and it’s from the future.

Maidie dropped her bookbag on the front porch and dug dispiritedly through her coat pockets for the house key. Out of the corner of her eye, she saw the other neighborhood kids clumped in groups, chattering and laughing. The only time she ever spoke to any of them was if they were forced to through group projects at school. Otherwise, she spent her days alone and pretending she didn’t care.

Her fingers finally located the key. It had slipped inside a tear in her pocket lining. Maidie made the tear a bit bigger in her efforts to retrieve the key, and grimaced. She finally wormed it out through the tear and leaned forward to unlock the front door, nudging the heavy backpack on in front of her.

Turning around, she glanced back outside and saw different kids heading up to doors that opened for them, with mostly smiling mothers or grandmothers greeting them. Maidie’s mom was widowed and worked two jobs to make ends meet. Which left Maidie to let herself in, do her homework, the chores and fix a late dinner for her worn-out mother. Maidie didn’t mind, really, and was looking forward to getting a part-time job herself to help take some of the pressure off her mother. And, frankly, to have someone to talk to, even if it was only as a cashier or bagger at the local grocery store.

Maidie was an only child, and had never really understood or liked kids her own age. At Sunday School, she kept to herself, blossoming only when she was helping the older ladies serve coffee and cookies after service, or when she was cleaning for Mrs. Jensen down the street. Adults made sense to her. Kids didn’t. Plus, they were downright mean.

Maidie shrugged off her coat and padded on stocking feet into the kitchen to grab an apple for a snack before turning on the ancient black and white TV sitting on the counter. No one she knew had such an old TV – with rabbit ears even! – and no cable. Their old TV took a little bit to warm up and only offered a grainy picture and fuzzy sound with a choice of three local stations, but she supposed it was better than nothing.

Maidie pulled up a stool and watched the picture slowly come in. Grimacing, she changed the channel from Days of Our Lives to General Hospital to . . . and stopped in surprise. The picture was crystal clear and in color.

“What the heck?” Maidie leaned closer. It was like nothing Maidie had ever seen, with people strolling arm and arm in clothes that rippled and changed color and style every other step. There were sleek, translucent buildings towering high above but not blocking the sun. Instead, the sun slanted through the buildings, falling upon carefully manicured lawns and shrubs. Maidie peered closer and realized what was missing.

“There aren’t any cars!”

No sooner had the words come out of her mouth, a large spherical shape crossed the screen, floating somewhere midway between the ground and the tops of the buildings. Maidie gasped in dismay as people stepped out of the device. She fully expected they would fall to their deaths below, but instead they drifted down to land lightly on the sidewalk below.

“It’s still there,” she murmured. “I don’t think I’m dreaming. But what is it? What am I seeing”

With a start, she realized there was a low voice speaking and she turned the volume up.  It was no language she had ever heard before. Frustrated, she started to turn away before she realized that the language was changing . . . and changing again, and again, and again. Almost, as if the voice was repeating a message over and over in many different languages to make sure the message was heard loud and clear.

Finally, the voice spoke in English: Please listen carefully to the following emergency broadcast. This is a message from five hundred years in your future. We have come back across time to warn you of the crisis that is very near. Many of you will die – only a few will live. Take heed and prepare. You must plan on eating from stored provisions for the next year and staying safely below ground while the war happens above. Take only what you need to survive. Leave all else behind. Those of you who survive will start again and create the world you now see for your kin. Please, remember those of us yet to come.”

People called him The Doll Maker. Nobody ever wondered aloud why every doll had the same face.

People called him The Doll Maker. Nobody ever wondered aloud why every doll had the same face. They only wondered in their minds, because askers disappeared, never seen again. An unwitting person would ask the fateful question, and the people would hush in dismay. The Doll Maker would cup the unfinished doll’s blank face in his gnarled hands, peering from under bushy eyebrows at the asker before setting the unfinished doll on the shelf above. The next day the doll would be done, it’s face the same as the doll before and the doll to come. The asker was gone.

Shannon lives and works in a land of mountains, deserts, ocean, rivers, mists, fog, rain and snow -- and occasionally a stray sunbeam. View all posts by Shannon Blood

Welcome! Are you looking for the unexpected?

You’re in the right place. Have fun looking around. See what catches your eye. Let me know what you think. I’d love to hear from you! All material on this blog, including images and written content, is the original work of Shannon M. Blood, unless otherwise stated.

Can I help you find something?

Here are some guidelines:  Contact me first for express and written permission! You may share excerpts and links, as long as you give full and clear credit  to Shannon M. Blood and include appropriate and specific direction to the original content. Thank you!

Stories and photos from Scotland

A blog full of humorous and poignant observations.

Warden of Words // Shaper of Stories

Nothing haunts us like the things we don't say

Slipping through the Portals Found in Dreams and the Puget Sound

Caring About Our World Reflecting About Life

Make home here... in my soliloquy

Poetry and Haiku - Looking to make the ordinary more than mundane.

A place for poems and pics